This App Has It All
One App, Endless Options
All-in-one app
FENIX360

GrillEye® Max lets you know when your Chicken is ready!
Take your Pulled Pork Burger to another level with GrillEye® Max
With GrillEye® Max, your Tomahawk Steak is always as you wish it to be
Fall-off-the-Bone Ribs made easy with your Gr…

SBA’s latest addition and he’s working that Armani. Talking about “The Beau Professor” 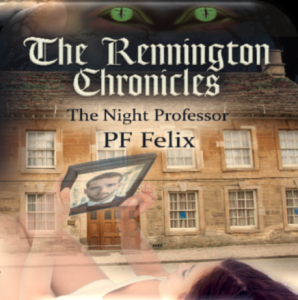 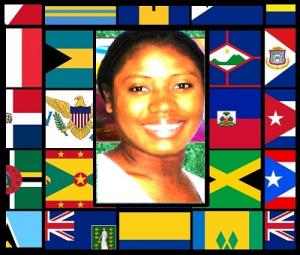 PF Felix, a woman born in the W. Indies, and like Vice-President Harris, I’m determined to make a bold statement in the literary world. ‘Reject me NOT’!

“Wen one seeks a vengeance, Betta dig two graves…” [a Chinese Proverb, written In Patwah]:”
— “Give me a prophet, and I’ll show thee a liar…”

SAN FRANCISCO, CA, UNITED STATES, August 30, 2021 /EINPresswire.com/ — THE RENNINGTON CHRONICLES (series) is debuted via its first released novel titled, “The Night Professor“. This novel invites readers into the lives of a fictitious New England township called, ‘Rennington’ [THE PRIDE], which is currently undergoing reconstruction after being devastated by an unexplained explosion in early Spring. With ominous feelings still lingering in the air, the region gains an unlikely new resident who was sentenced to work as a hard laborer at the township’s only school (SBA) for the duration of her sentence. Her name is Amyra-Rose Moore; she’s a young, lovely law student from the Bay Area (West Coast) who recently arrived in the dreary New England city, only to find that the devastation she came to expect was no more, all within a few months. The once murky metropolis now looked simply perfect, like Disney’s Celebration Town on steroids. However, for our young assailant, realizing that she would suffer a fate worse than death if she ever returned back to prison, hard servitude in a town like Rennington seemed like the perfect escape; a true second chance. So she thought.

Initially, Myra (Amyra’s new identity whilst in the hardship program) was overwhelmed with unlamented grief. Apart from losing her girlfriend, unbeknownst to her, dark forces at play all around the cursed town began watching her carefully. Upon arrival, Myra started to notice strange occurrences happening within this beauteous backwater with all roads leading back to a mysterious company named MalCORP, a prestigious European development firm that stepped in immediately to provide aid during the spring catastrophe. Suddenly, to everyone’s surprise, a new professor walks in taking the school and town by storm, flawlessly. As she too became taken by the dreamy and seemingly perfect professor, she later discovers that he was anything but.

As a new author, PF Felix’s true passions lie in writing paranormal-thrillers, as these chronicles are not new tales to the world. We’ve all either seen or heard these great sonnets of antiquity before, yet PF has managed to refashion them in a way that makes you want to read; want to consume. “The Night Professor” is a perfect fusion of three prominent biblical stories, modernized to suit the palate of today’s society; then garnished with decadent nuggets of truth, moral-dilemmas, and karmic consequences to remind us that, “restitution is not yours for the taking, but time for the raking…”, said PF. “You will eventually have to pay the Pied Piper, but not with papyrus or piety, as this would prove perilous.”, she concludes.

“I don’t believe in classifying any artform as THE NEXT GUILTY PLEASURE,” said author PF Felix. “However, I would be remiss if I didn’t state that this story wouldn’t serve a salacious second to that title, as it is filled with elements that speak to a variety of ethnicities… with a charmed-relatability I’ve not personally found anywhere.” Not only is my novel bursting with poignant drama, gut-wrenching humor, action, and (well) succulent adult situations; at its core lies a beautiful love story. One that will surely bind readers in helpless but willing captivation.

This book was first released on Amazon and Booklocker.com, in mid-May and now can be found in several prominent virtual bookstores. Stay tuned as PF Felix has additional works underway to complete the decadent saga surrounding the murky metropolis of Rennington.

Do you have a passion? Publish it! We help innovative passionate business leaders write their stories and propel their ideas.